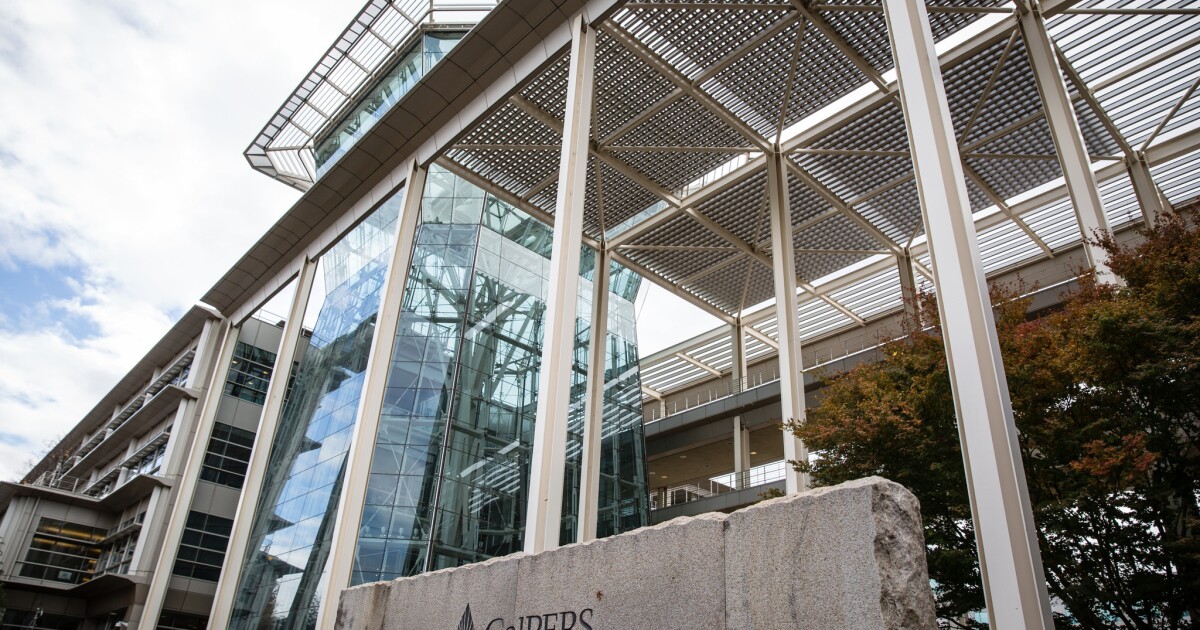 Calpers removed one of its two hedges against a bear market just weeks before the viral outbreak sent stocks reeling.

The people running CALPERS are idiots, and they consistently pay higher fees for worse than market returns.

In my industry everybody is job-hopping for higher salaries making it ridiculously hard for companies to get any work done. Even though valuations have crashed, companies still have to fight tooth and nail for decent talent.

Speaking as a manager, I would very much welcome higher unemployment.

Fortune: A housing recession is the first step to a Fed-induced recession. Here’s where the housing market goes next

Historically speaking, the Federal Reserve’s inflation fighting playbook always starts with housing. It goes like this. The central bank begins by applying upward pressure on mortgage rates. Not long afterwards, home sales sink and existing home inventory spikes. Then homebuilders begin to cut back. That causes demand for both commodities (like lumber and steel) and durable goods (like windows and refrigerators) to fall. Those economic contractions then quickly spread throughout the rest of the economy and, in theory, help to rein in runaway inflation.

“The most frequent way we enter into recession is the Fed raises rates to fight inflation. The leading indicator for this type of recession is housing,” Bill McBride, author of the economics blog Calculated Risk, tells Fortune. “It [housing] is not the target, but it [housing] is essentially the target.”

We are not in a recession, yet, but we will be in one soon. Fed will most likely over tighten.

They will over tighten, because they were VERY late to start it. Now they have to over correct. Even Powell said there’s a lag between a rate increase and the impact on the economy. That’s why I think rate increases will stop sooner than most think. Inflation has the potential to unwind VERY quickly given the inventory situation. Companies keep using the “supply chain” excuse for poor sales. Soon, we will see who’s swimming naked and lying about it. Target and Walmart already confessed to having massive inventory levels that need corrected.

Still debate whether we are in recession or not without defining what is a recession? Obviously we are in a recession! Two quarters of negative GDP = recession regardless of whether the usual effects are present or not.

That’s why I think rate increases will stop sooner than most think.

Based on past history, McBride says, it’s likely we’ll soon see something similar to what occurred during the early 80s. On a nominal basis, he predicts U.S. house prices will be flat over the coming year. In the subsequent years, he expects a period of “stalled” nominal house price growth and falling “real” house prices (i.e. inflation growth minus nominal house price growth). If that occurs, McBride says, we’d see “the fundamentals” return closer to historic norms.

So McBride is saying housing is a bad investment for the next few years. What if rental yields keep up with inflation?

They want recession but hypothetically saying avoid one !

Already in (GDP). What they want now is “housing recession”

fancy term - Which is also happening. Mainly due to many buyers pulling out after listening to Powell’s advice not to buy. I went to a few open houses… the profile of sellers are:
iBuyers like Opendoor
Upgraders need to sell because about to move in to a new construction
Mom and pop investors (guess they want to buy back at lower prices)

I am tempted to lowball some bids.

In my understanding, from fed watch, we have not faced any recession so far, but a slow down compared to 2001 and 2008. Current environment must scale to that level.

Not to be political:
One side, we have proxy war with Ukraine issue => direct impact to oil prices
China economy & Supply chain issue => Many goods direct impact
Both are long term, 2-5 years impact increasing inflation

All these must be reduced by rate hike. FED actually aims by start mass lay off (so that all existing demand becomes zero), the relax rates.

I do not think you or anyone watched FED conference last time. Powell+fed was not satisfied with inflation control and he mentioned one more extra-ordinary rate hike may be there, but depends on data.

Since market jumped after rate cuts, none of the news/media high lighted that part. But issue remains as is.

FED watch team expects 0.5% rate hike Sep 2022, but can happen 0.75% or 1%. When wallstreet gets the correct information ahead, yeah somehow they get all these correct, market will adjust.

Housing is a part of rate increase, which brings down eligibility issue. Housing is not faced by recession yet.

Unless inversion happens, today 0.21%, we may not have a recession. As long as bull run is there, people can enjoy the ride.

In my understanding, from fed watch, we have not faced any recession so far

Politicians and bureaucrats keep changing the definition of recession such that there won’t be any recession ever and to suit the current narrative.

I do not think you or anyone watched FED conference last time.

I didn’t watch any. Boring. I listen to/ read second hand views.

Powell+fed was not satisfied with inflation control and he mentioned one more extra-ordinary rate hike may be there, but depends on data.

Thank for the info.

Politicians and bureaucrats keep changing the definition of recession such that there won’t be any recession ever and to suit the current narrative.

Recession like what we have, small slow down in GDP, will not bring down inflation. If it does, I am surprised.

Recession must kill all job opening, result unemployment, that in turn result in Demand killing to bring down inflation.

Current negative GDP last 2 qtrs did not bring down “Demand killing”, this is what FED expects.

My guess is => Markets are completed 5-A and going now A-B and future must be B-C (which I never know until it happens).

Markets are completed 5-A and going now A-B and future must be B-C (which I never know until it happens).

This is the camp that say current rally is a bear market rally.

I recall mostly due to energy and owner-equivalent rent. Both should come down this month.

Yet, many pundits said inflation is due to war and supply chain issues which implied supply-driven inflation. How does killing demand help?

Yet, many pundits said inflation is due to war and supply chain issues which implied supply-driven inflation. How does killing demand help?

Hypothetically, if unemployment triples, like Covid 2020 => 14.8%, no buyers for car, home, no fun trips, no oil consumption…no spending as people have no income to spend !

Anyway, it is a long process for FED and economy. 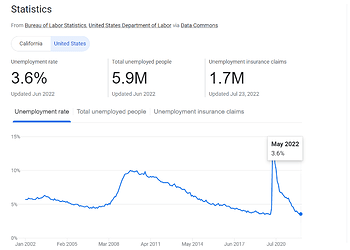