You are making factually incorrect statements.

A few weeks back you said the mid-terms was not a wave (only 20 seats won). I provided links and even stated that you are calling the elections too early and that it is indeed a wave among all commonly accepted terms (and the democratic party will win probably 35, turned out to be 40).

Today you said the wins are getting narrower, and the democratic party is doomed.

I pointed you to a link that says that the democratic party won by the largest margin ever in terms of votes.

You now want to make everything in view of the seats won in 2010 elections which was a low turnout election that allowed the republicans to gerrymander based on their win. 2010 was atypical. Democrats were complacent and didn’t show, Republicans were motivated.

The number of votes tell you how people are trending. Republicans are losing by larger and larger vote share which tells you where the country is shifting. They are remaining in power because of gerrymandering and the outsized influence of the rural states in our electoral system.

BTW i use multiple information sources. There have been multiple studies that show that Fox news watchers are actually more poorly informed then people who don’t consume any news at all. the blatant spin and mis-direction of Fox news does a grave injustice to everyone

I don’t believe I ever said 20. I said 35 and provided provided an objective definition of a wave which was 48 minimum.
Number of votes is not the determining factor as Democrats should know by now. We live in a republic, not a democracy (thank God). This is not going to change in the foreseeable because changing the constitution would require the consent of 35 of 50 states.
Until the Democrats figure out how to expand their appeal beyond their urban base they will continue to be more a regional party that a national one. They may have 2008-like victories here and there, at times of crisis, but other than that they show no signs of a revival. A party that loses everything over 8 years - at the state level, at the federal level, and then finally loses the presidency to Donald Trump of all people needs to engage in some serious self-examination and than re-invent itself. There is no sign as of yet that this is happening. 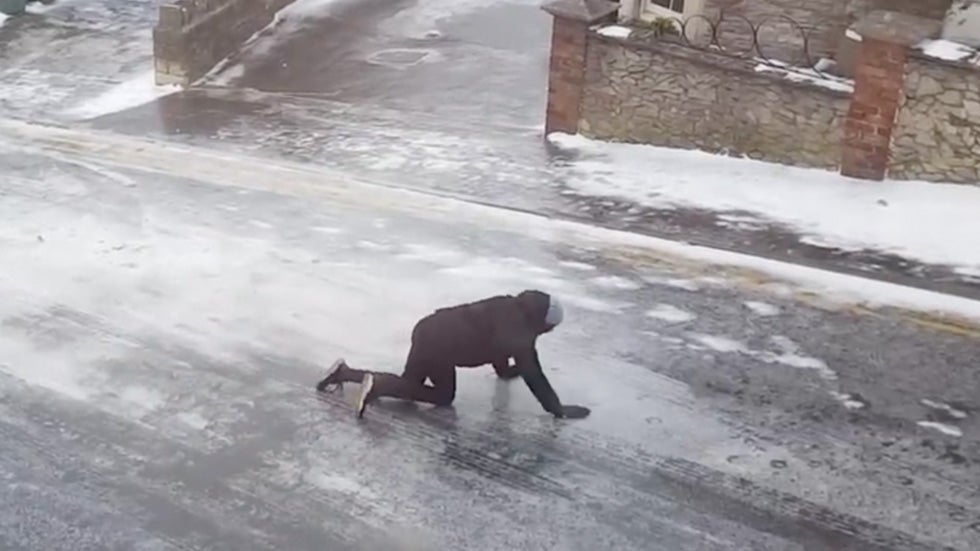 Watch: No One Can Walk Up Icy Street in England | The Weather Channel

People struggle to walk up icy street in Dorset, England and it’s hilarious.

Federal Reserve Chairman Jerome Powell said Wednesday he considers the central bank's benchmark interest rate to be near a neutral level, an important distinction from remarks he made less than two months ago.

Powell is not good at talking. He should be more vague and more careful with his wording. In October, he said it’s a long way to neutral but today he says it’s just below normal.

There are a few possibilities:

Anyway Powell talks too much. He should avoid talking too much about rate and only talk about economy in a vague way so that nobody can understand him. He is overly transparent and talked too much. Does the market gyrations makes him feel more important and satisfying?

Powell is pure financial expert, does not mince words.

Media/News modify his statement based on their own interpretations.

Better to listen Powell’s entire speech (I did) available in youtube too, know the details from horse mouth.

He knows what he is talking, he knows what will happen too, but does not provide any hint, and maintain his same statement.

He showed the concern of trade war impact and world wide economical slow down, Brexit impact.

He was less aggressive this time,but crisp and clear, may be above reason.

"Powell sees the global slowdown and knows that it could hurt us," CNBC's Jim Cramer says in a tweet. "Powell is concerned and knows when he does one he has to wait."

Powell made “rookie calls” in October and the “market plunged,” Cramer adds. “Now he’s done the homework and he had to change his mind.”

Market action today confirms no one really cares about China; it’s all about interest rates.

My view is that we are in a more or less permanent state of low rates. We have over 20 trillion in debt. That is only sustainable if we pursue policies and are pro-growth and allow a modest amount of inflation to eat away at the real value of that debt. We also need to be mindful of the costs of servicing the debt, which rise with interest rates. The Fed would never admit to considering such things but I find it impossible to believe they don’t. Look at where rates were set the last time the economy was this strong. 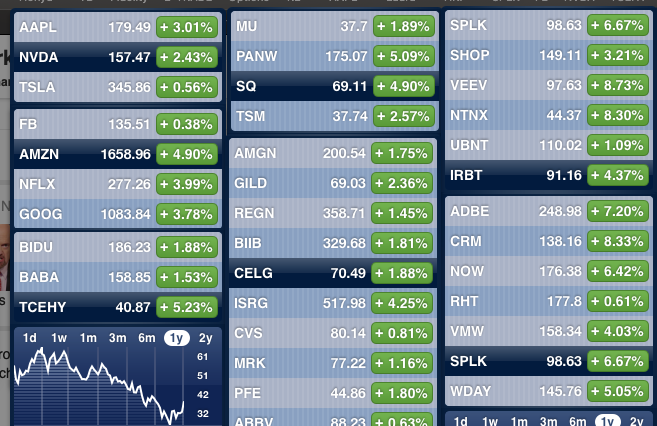 Thanks to Powell for the impressive rally. Santa Rally is coming?

Powell not doing enough. Should have decreased the rates.

I only hope he will skip December

He did not show any clue what he is going to, but hoping he will not raise rate in DEC 2018

Maybe he’ll stop in December, or raise in December but signal that they will not raise in 2019. He made a mistake and need to correct it ASAP

Powell not doing enough. Should have decreased the rates.

For example: AAPL declared 63B revenue and forecast appx 90B.

Powell will not reduce rate as base economy is solid and doing good.

With this Mr.Market ( Wall Street ) reduced stock price from $233 to $170 which is market inefficiency.

For holders it was horrible time, but for buyers this is boon.

You are right, but I’d rather have bought Aapl at below $10 and experiencing horrible time right now than buying it at this level and tasting a boon.

Market action today confirms no one really cares about China; it’s all about interest rates.

Just one single 2% up day and you drew that big a conclusion?

There were signs last week Fed will raise rate maybe only 3 more times or even less. It was widely reported on Hong Kong media. Why is it that Americans themselves didn’t notice? USD has been weakening in the last few days. Remember Alex Wong’s interview?